circumstances of social work in Iran: Social work is a green tree that has grown its roots in the land of knowledge and skills, and its branches and wings, shadows, and fruits help individuals, families, groups, and communities in direction of promoting social and individual welfare by expanding skills and increasing the use of capacities to solve individual problems, group or society.

The circumstances of social work in Iran

Undoubtedly, whenever the clutches of terrible harms such as poverty, addiction, unemployment, and violence appear in families and communities, the position of social workers and the role of social workers attract more attention than ever before. And now the question is, how is the circumstances of social work in our country, which is grappling with many problems?

Dr. Mostafa Eghlima, the father of Iran’s social work, said in an interview with Iran’s Social Work Online Magazine: “We have attempted to make the social work field in Iran, if not better than the rest of the world, not be worse as well. It should be noted that we have this field from bachelor’s degree to doctorate in Iran, and we are not in lower level than countries like America, if not higher in terms of academic level. Many books have been published in this field since 1991. It should be mentioned that we have about 40 authored books in this field and many books have been translated as well. Ideed, we are not facing a shortage of books.

Our social work is more complete than other parts of the world, but what makes us different is that the rules and laws are implemented correctly in other countries, but this is not the case in Iran.

Stating that we have created the assistance of social work and counseling field in the police, he reminded: We have taken the field of assistance in all organizations. We also ratified the master’s degree for youth and adolescents as an independent field in the Ministry of Health and Medicine, and we accept students in this field from now on, while this field is not available anywhere in the world. It should be mentioned that we have ratified its ranks in the judiciary under the title of social worker of justice for children and teenagers and we have about 300 to 400 ranks there for this job.

This researcher stated in a part of his speech: It can be said that our social work is more complete than other parts of the world, but what makes us different is that the rules and laws are implemented correctly in other countries, but this is not the case in Iran.

The fact is that the social work field has an approved (ratified) field and position, but the role and work of the worker is not clear in some cases, and nothing is clear in other cases, and unfortunately, we witness that the head of the department obliges the worker to do whatever he/she wants. Since the worker is employed, he/she has to obey orders and this is our problem.

This researcher also stated: If a discipline (field) is created anywhere in the world, it is because there is a feeling of need for the existence of that field and expertise, on the other hand, everyone should play a role to the extent of his/her expertise. If otherwise, we will get to the place where we are today and we will witness the damages that has been made.

It should be noted that our problem is with the Planning Management Organization, because when they distribute the job brochure, we see that they consider the bachelor of several fields of study together for a single job, while everyone should be requested according to his/her field. Unfortunately, relationships and easy change of legal approvals (ratifications) are among the factors that cause the emergence of many problems.

However, the other association is the “Association of Iranian Social Work Guild”, which was established by me before the victory of the Islamic Revolution in continuation of social services activities; Of course, this association took on different names after the revolution and remained.

It should be mentioned that any person with any educational qualification, who wants to do good work, can become a member in this association (Association of Iranian Social Work Guild), and its heads do not necessarily have to be social workers. In this regard, it should be said that the members of this association recognize the (social) work as only providing assistance; This means that they are workers not social workers.

It should be noted that social work pays attention to its infrastructure, causes, and strategies in solving problems; Therefore, any philanthropist (benevolent) can be a worker, but he/she cannot be a social worker unless he/she is educated in the field of social work so that he/she can provide the necessary advice and plan at a high level.

Are there few or many social workers?
The excess number of graduates of a field compared to the needs of the society is one of the factors that fuel the unemployment of educated people and also causes the people not to be employed according to the knowledge they have learned.

However, Dr. Eghlima said about the population of social work students: Our number of social work students is not large. Once, the individuals, who had studied social services, held courses with titles such as family work or addiction work in some applied-scientific universities, which had nothing to do with the social work, and their degrees are not in approved (ratified) employment ranks.

It should be mentioned that finally, after nearly ten years of follow-up, we have removed the fields of addiction and family support (work) in the public sectors, but some private institutions still have them. Of course, we do not recognize them as social workers and they cannot be employed with this title either; Because they have neither studied its units properly nor utilize the presence of social work lecturers. This issue is also seen in some Payam Noor universities, where they lecture without having a social work lecturer, and we could not stop this activity either.

Stating that we have about 3 to 4 thousand social work positions, of which more than a thousand are not occupied, he clarified:

Currently, Allameh Tabatabaei University and University of Rehabilitation and Welfare Sciences deliver a series of social work graduates to the society each year.

30 individuals graduate from Rehabilitation and Welfare Sciences University and 40 ones from Allameh Tabatabaei University each year, making a total of 70 ones.

Eghlima reminded: Social work training is expensive just like medicine-related fields. This field requires an internship and must have the necessary standards. In fact, the Cultural Revolution Council has set specific criteria for each field wherever it is in the country, and wherever these criteria are not met, it is against the law.

In fact, this field has been ratified by the Ministry of Health for two years. Of course, the follow-ups continued until the Extension Council gave permission to the University of Rehabilitation and Welfare Sciences to create this field, which means that this university can accept students in the master’s degree for youth and adolescents from next year, and they also created a position in the judiciary for this career, although they can be employed in other organizations either.

He also mentioned in a part of his speech: The job of the scientific association is not to create posts (positions), but the job of the scientific association is to present the program, but since not everyone does his/her own work, we had to look for creating a post (position) from the beginning of the creation of the social work field; For example, we even created 300 posts (positions) in the Red Crescent. In fact, we negotiated with all the organizations and officials, and the social work positions have been created by the Scientific Association of Social Work in this way.

Recommendations to graduates
When we ask Dr. Eghlima what advice (recommendation) he has for social work graduates, he answers as follows: We teach students to try, learn, and to be accepted in the exam when the job advertisement (announcement) for the field of social work is published after graduation. Of course, after passing the exam, he/she has to be accepted in an interview, but unfortunately, sometimes it is seen that a person, who studied the social work, is rejected in the mentioed interview and another person from another field is accepted.

Explaining that social work students and graduates do not have a role in employment, he said: “Students have no power and cannot do anything, and on the other hand, unfortunately, a number of individuals have entered the field of social work who are educated in fields other than the social work and have been employed in different positions and have brought the (social) work situation here (to such circumstances).

In the end, Dr. Eghlima said: I hope one day the importance of this issue will be known and individuals with other educational degrees will not be employed in social work positions because of interests and relationships. In fact, if the rules are firm and tough and are implemented correctly and there is meritocracy and accountability, then we will not have problems; In this way, everyone will be positioned in his/her own position and no one can violate.

Home of resilience for all 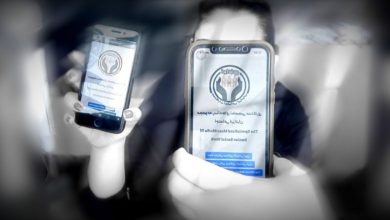 The scope of resilience idea on Iranian social work website

Introduction of English and Persian websites