We croon this social motto for years that “an addict isn’t a guilty and he is a patient” and we follow positive culture for changing attitudes regarding this part of society. Fortunately, so far great efforts are accomplished by specialists, authorities and custodians for helping people to disaccustom and addiction extirpation, which all of them are necessary but not sufficient, perhaps it’s because we try to treat or further prevention and sometimes primary prevention that is prevention of addiction phenomenon appearing and reducing or combating against it , heavy expenditures are spent and great affairs, meetings, conferences and various- numerous plans are taken into account for doing this important matter and mentioned stages(two types of addiction prevention) but nothing special is accomplished for prevention type lll or rehabilitation of drug addicts, what is really done for returning recovered people’s innate ability ? What have we thought to empower recovered drug addicts and preparing these peoples returning to normal life and having a real contribution for easy life after they recovered and had exhausting efforts to disaccustom? What solutions are taken into account for this phase of recovered peoples’ life, which are numerous? What is planned after their releasing and returning to primary life? What skills are considered? What is done for changing society and public’s attitude helping believe in their abilities? Isn’t it that there is convalescence after disease treatment? There is third prevention to control disease returning and raising life expectancy regarding these peoples and their families, but have we thought about mentioned subjects? Have we planned? It is true to be said that a drug addict is a patient but is it possible to expect a patient would be his doctor and assistant lonely? Is it right he is known as guilty occurred his problem? Perhaps this is the person himself has the main role created this difficulty but after recovery this is exactly the family, society and its facilities have the main role and task as an assistants for recovered peoples would be able to find the right way and achieve a safe and carefree life.
What can we expect a person in a recovering time?! Even if we observe this problem as a curative viewpoint and disregard social approach _ of course it’s not right and scientific _ we reach this point that in convalescence, the recovery is proportional and the general, real and absolute rehabilitation should be done. All we know if we have no plan and notice after releasing, any disease would be reversible. The example mentioned below is the outer case:
Imagine a person caught a cold, therefore; he prepares everything for convalescence and tries to gain his strength by healthy nutrition, special care, physical rest and especially psychological rest then what is expected when a drug addict passed his treatment course, we release him in a society full of anxiety and stress without paying attention to rehabilitation course and have no plan for preventing his disease returning! _ Anyway he disaccustoms by any means, of course elsewhere and in another time the methods, policies and existing rehabilitation institutes should be criticized and done pathology which these centers have only taken up pharmacotherapy and some trade _ how can we expect him to hello life again safely while he is passing his treatment limpingly after recovery even up to a year? Is it justice?
Therefore this is the question: what should we do?
After years of work experience and observing problems that recovered peoples involve with, I would explain useful practical, functional and executive solutions for solving their problems and prevention of addiction disease returning and removing existing obstacles on the way of return to normal life like other peoples without any discrimination:
1. Outlook of problems after purity for recovered person
This means when it is said addict’s volition is the first and the most important step for drug withdrawal it doesn’t mean it is the only step but there are other steps complete this drug withdrawal process, it’s necessary as soon as someone decides to withdraw, he must become familiar with problems and predictable good _ bad things relevant to purity course including public sights concerning occupation and marriage to continue his way with full awareness and a broad vision and a new outlook. Of course in this way this person must accept his responsibility, and his frustration, regret sense and lack of self confidence should be removed, in fact he isn’t shocked by future barriers and prepared for latter steps. In other words, by knowing this way first, the person prepares himself better for this winding path and feels strong by more equipment.
Outlining future direction would be considered by a specialist from the medical team like social worker or an advisor that can be from experienced recovered people and it is necessary preparing him psychologically to return. This work in fact, is using of reality therapy technique until an addict would be informed that he is on a hard way then he measures his abilities and somewhat by anticipating future problems, he is equipped by abilities are learned during drug withdrawal and he would be able to have more accurate and realistic conceptions and he is learned to expect from himself and his friends according to existing conditions and facilities.
Often it is viewed that an addict is discouraged or discontinues because of the lack of awareness of the problems after purity and his unrealistic expectations concerning his decision, and sometimes he returns drug misuse because he thinks it is more comfortable and hassle free than being on the withdrawal path. Therefore, it is better for him to become familiar and informed by limitations even after several years of recovery to be able to cope with unpleasant, cruelly conditions and possible incorrect views.

2. Life skills training and business in teamwork
It means, skills training is in the form of workshops with ten to sixteen recovered peoples such as self awareness, anger and excitement control, stress management, increasing power saying “no” to offers or requests, tolerance and creative thought, also business skills training for interested, powerful people and job seekers.

3. Adopting fiscal policies and social programs for resolving occupation and marriage problems of recovered people
Mostly it is seen, after returning to the social environment the recovered people confronts two major problems including occupation and marriage. Even if he had been employed or married before becoming addicted, he encounters with these two barriers in another form. In this way, he loses his government job even private because of the prolonged absence and the employers’ attitudes or sometimes it is seen his workplace or colleagues lead him to use drug, therefore he is forced to change his job. The same is true of marriage that his wife, family or wife’s friends don’t want to continue living with him or they don’t believe in recovered person and just few accepts having new casual relationship, anyway for peoples’ occupation, an organization should have a trustee role to prepare initial capital for these peoples to create a job and in the free market in the form of mortgage loans or low interest loan and if possible gratuitous, especially the obstacle in the way of their business licenses should be removed and business licenses are issued faster and at a low cost with proper preparation and signing of a contract between the relevant organizations , especially Welfare _has responsibility relevant to recovered peoples’ affairs_ and unions. Thus recovered peoples’ leisure times are filled with these ways and he has less time for conflicting and negative mental thought about everyday events. Also you can arrange a meeting with the presence of social workers, donors, relevant organizations and various classes, and successful and powerful recovered peoples as a model for people who have been successful withdrawal and are unemployed to be familiar with tricks of business Market entry, by introducing himself and giving work commitment he would be able gain business owners confidence and this employment problem is partially solved.
Meanwhile, you can arrange consulting sessions before marriage with the families of the parties by presence of couples and also social work interventions and family therapy so that one can has a successful marriage or take effective steps for continuance married life without concern and with full knowledge of his conditions and explanation his compromise plans.
These advices must be provided for them free, continuous and sustainable and to be continued for one to two years after purity of addiction. Meanwhile, it is better to be done by participation of the number of couples.

4. Creation of information system in cyberspace, the formation of associations, NGOs, institutions and Centers for dealing with recovered people
Collecting a database of recovered people’s condition and quality of their lives, introduction of centers, statistics, withdrawal ways and their problems, constraints and strategies to solve them, guidelines on boarding, providing any advice and guidance to recovered people on the social, family, health, economic and educational dimensions and even in the form of questions and answers in order to promote scientific and practical level of recovered people in the field of addiction and procedures and types of drug withdrawal and their effects and … can be very helpful and effective and be a step to rehabilitate these peoples, it is better that this plan would be accomplished by the participation of recovered people with over five years experience of addiction purity and all of existing centers would be organized.
At the end it is hoped with more attention to the rehabilitation recovered people, first social workers and experts believe in real power of recovered people which makes positive changes in their lives then we create culture is necessary for society. God willing
Fereshteh Mohammadi Saqaei
Master of Social Work
Iranian social worker’s media campaign on social protection of recovered drug users 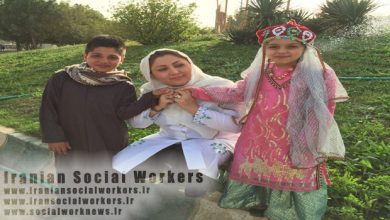 The social workers and the social support of the recovered addicts 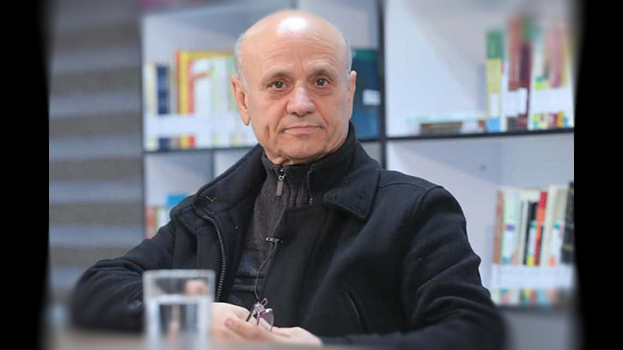